This is a question being asked by many Americans, especially Christians, as we are continually shocked at the path that our country is taking and the morality of the people who are leading it in that direction. Blatant corruption is being exposed within our government and even in the Department of Justice. The Federal Bureau of Investigation (FBI) openly admitted the violation of federal law by a presidential candidate, yet in an obviously partisan move refused to file charges with the reasoning that the guilty party didn’t mean to do wrong. As shocking as that was, even more disturbing to me was that such a decision had the support of half or more of the entire country. How can this be? It’s called “situational ethics”, the heart of which has its roots in secular humanistic reasoning that is now being taught without hesitation and with reckless abandon in our public education system.

What I’m about to share with you will shock and appall some, yet this information has been available to Christians for many years only to be ignored. Well, now the consequences are in our face, and they have grown to such monstrous proportions that nothing short of grassroots America standing up and literally fighting for the return to the Judea-Christian truth and ethics upon which this country was founded will change the tide of the systematic destruction of America as we know it. So how did we get where we are? They say that hindsight is 20/20. I agree. You’re not going to need your glasses to see this. But before I even start to present my case, you need to know that I have no intention of being politically correct, theologically neutral, or the least bit apologetic for my belief and faith in biblical truth.

You don’t have to go into society to see how secular thought has overtaken truth in our country. There’s plenty to go around within the Christian Church. A young PhD and employee of a conservative ministry told me that the Bible was an evolving book that had to be interpreted by each generation considering current knowledge and mores. His intent was to justify a biblically condemned immoral lifestyle being pursued by his “progressive” friends. “History will judge us,” he said. No, my friend, God will judge you according to His eternal standards for holiness, not those of your generation. So, where did he get such an idea? He was taught that falsehood in college and graduate school. It’s one of the basic tenants of Secular Humanistic thought: there is no god, so there is no absolute truth. This is clearly stated in the Humanist Manifesto II, a statement of humanistic beliefs published in 1973. It states, “We affirm that moral values drive their source from human experience. Ethics are autonomous and situational, needing no theological or ideological sanction. Ethics stem from human need and interest. To deny this distorts the whole basis of life.”

I’ve said for years, “When they took God out of the classroom, you could no longer teach morality. Without the Bible and absolute truth, you can’t even define morality much less teach it.” It’s all left to the opinions and personal beliefs of the individual.

In 1976 I took, as part of my undergraduate core curriculum at a major college (now a University), Sociology 101. In that class I was told that the current world population at that time (4 Billion) would double at the current birth rates by the turn of the century. That was a true enough statement as we are currently at that point and more. I was also told that if that happened, by the year 2000 there would be a world population crisis that would produce massive overcrowding and starvation. Was that a mere error in the calculations? Not a chance. That was part of the campaign to justify legalized abortion, and it was presented in the classroom in an effort to indoctrinate an entire generation. This they have done with great success. Over 60 Million legal abortions have been performed in the United States since 1973. It’s no accident that institutions of higher learning were influencing young adults to believe that it was a necessary measure for our survival. And the “enlightened progressives” of our day say that we Christians have been brainwashed with religion. There has been widespread brainwashing going on, to be sure, but the religion has been Secular Humanism, not Christianity.

If this is going to change in our country, we are going to have to understand where it is coming from, and how it was started. This is not just a political platform or the political beliefs of the liberal left. It’s a highly organized ideology. The insemination of secular thought into the public-school system and ultimately the mainstream of political thought in America began to organize as far back as the early 1900s. Men like Charles Francis Potter and John Dewey, who became known as the “father of progressive education”, founded a distinct movement to propagate the theology of secular humanism. They chose as their pathway to the world, the public-school classroom. Both men were honorary presidents of the National Teachers Association (NEA), and openly wrote about their “progressive” beliefs. In one of Potter’s early books, Humanism, A New Religion, he stated, “Education is thus a most powerful ally of Humanism, and every American public school is a school of Humanism.” (p. 128)

In 1929, as evidence of Potter’s journey away from orthodoxy and toward liberalism, he founded the First Humanist Society of New York. The advisory board for this organization included such men as Julian Huxley, John Dewey, Albert Einstein, and Thomas Mann, and their stated philosophy, “a faith in the supreme value and self-perfectibility of human personality, conceived socially as well as individually,” became a model for other humanist organizations and the humanist movement in general.

By 1933 a Humanist Manifesto (a statement of their beliefs) had been penned primarily by John Dewey and signed by the founding fathers of the movement. It has been revised at least twice since then, most notably in 1973 when the movement gained popularity through a social reform platform that included among other things, the abolishing of capital punishment, the promotion of “civil divorce laws” (i.e. no-fault divorce), legalized abortion, and euthanasia.

There’s a lot more to come as I expose for you the Humanist Manifesto of 1933 and 1973, but at this point you can easily see that there is no “neutral education” or education without religion. Teaching knowledge without God is the religion of Humanism. That’s not just my opinion. The humanists as well as the Supreme Court of The United States have been emphatic about this as the court declared Secular Humanism to be a religion in the case of Torasco v. Watkins (367 US 488, 1961) and confirmed that ruling in 1963 with Abington School District v. Schempp (374, US 203,83 S. Ct. 1560, 10 Led.2d 844). Yet they paved the way for Secular Humanism to become the “state religion” by ousting Christianity from the classroom. Are you beginning to see now how congress can pass legislation, the courts make decisions, and public policies put in place regularly that are openly and blatantly antagonistic to Biblical truth and values?

This program of indoctrination is far more widespread than I’ve shown thus far. Think about how education in our country has been touted as the road to health, wealth, and prosperity. It has literally become the god that is going to deliver us all. “Knowledge is power,” they say. Do you really think that this has been less than planned and purposed? I’m in no way opposed to education. I’m just saying that you’d better be aware of who you are studying and learning under. We all, as parents and grandparents, must come to honor the Word of God and teach and relate truth to our children and grandchildren as it is written in the Scriptures.

"You shall therefore lay up these words of mine in your heart and in your soul, and you shall bind them as a sign on your hand and they shall be as frontlets between your eyes. You shall teach them to your children, talking of them when you are sitting in your house, and when you are walking by the way, and when you lie down, and when you rise."  Deuteronomy 11:18, 19

There’s lots more to come. I’m just getting started. It's time to return to a Biblical view of life and living. For there, alone, will we find the liberty and freedom sought by our forefathers when they founded this country distinctly upon a Judeo-Christian ethic and standard. 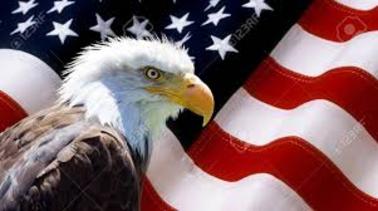