With the onset of Corvid-19 and the world pandemic we are presently facing come many new challenges. Under heavy debate at the date of this writing, is the reopening of public and private schools. In our county the schools have all been closed for over two months and will remain closed probably until the fall and perhaps beyond.

The immediate panic of so many mothers is centered around the question, “What will I do to continue the education of my children?” With that in mind, I would like to examine an alternative that might be suitable for some: home schooling. I don’t mean doing an online lesson from the current school under the daily supervision of a teacher. Technically, I guess that could be considered a model for home schooling, but it’s actually more of a distance learning practice used for shut-in students. I am referring to independent homeschooling where you select the curriculum and spend one-on-one time with your child.

I realize and certainly acknowledge that homeschooling is not for everyone. Some must work outside the home and are not available to school their child, others are just not interested in such a venture. In fact, I believe homeschooling your child is a calling and both parents should be convinced that it is their common calling. My purpose in these articles is not to try to shame anyone into teaching their child at home, but rather to provide resources, encouragement and insight for those who are considering such a venture.

Two of the major concerns most voiced by public and private school advocates is the quality of a homeschool education and the adequate socialization of the child. These are concerns that every parent should have in the selection of their child’s education process. Frankly, these issues have been at the heart of the opposition to the movement from it’s very beginning. However, with more than 30 years of experience being behind us, I believe I have some insights to share that will be enlightening and encouraging for the prospective homeschooler.

Since 1993 home schooling has been a legal option in all 50 states. According to the National Centers for Educational Statistics (NCES), by the spring of 1999, an estimated 850,000 students across the United States were being homeschooled. That’s 1.7% of all students. By 2003, 1.1 million students were reported to be homeschooled, which is about 2.2% of all students, and this figure continues to increase. In 2007 there were 1.5 million homeschooled children totaling 2.9% of the school age population, and finally, the latest report conducted in 2012 shows that there were 1.77 million students being educated at home. This is 3.4% of all the students in the United States. Current estimates vary, but some statistics are predicting that as many as 40% of current school aged children will be homeschooled following the Covid-19 pandemic.

There’s more. It is highly unlikely that the above homeschooling statistics are completely accurate. The NCES survey itself even states that readers should “Interpret data with caution; the coefficient of variation is thought to be 30% or more.” The actual figure is believed to be a lot higher. This is because not all 50 states have reporting laws. For example, parents are not required to inform any departments or agencies of their intent to homeschool in New Jersey. That state requires no proof of homeschooling at any time. It’s not a situation that I believe to be the best, but it would explain why the figures we have can reasonably be considered low. With the massive growth of homeschooling, a huge and diverse supply of curricula, helps, and materials have become available.

Instead of adequate curricula being a disadvantage to homeschoolers, it has rapidly become a superior advantage. Home school curricula can be selected and tailored according to a child’s strengths and weaknesses. No curriculum need be limited by the grade level of an individual student. For example, a student strong in math may be able to advance through several grade levels moving at his own pace within a single school year while continuing to work at a lower level in science or English. This prevents the boredom he would experience in a large classroom of students where the pace is dictated and standardized.

Home school curricula have become, in many cases, superior to public school curricula. This is because the curricula are not geared to a large classroom, but rather to the individual student taught one-on-one. The National Home Education Research Institute reports that children who are educated at home typically score 15 to 30% higher than public school students on standardized academic achievement tests. This is true of students who are taught by parents with or without a formal education and students whose parents fall within a wide range of income brackets. In other words, a parent’s education and financial standing have no bearing on a homeschooled student’s ability to score higher on standardized tests than children who attend a public school. This is in no way meant to imply that public or private school teachers are inferior. They are highly trained and skilled, but they are trained to teach in a large classroom environment with multiple students, all of varying aptitudes, learning styles, interests, and abilities. The home school parent has one child at a time, working at his own pace, with a curriculum chosen just for his style and aptitude.

Homeschooled students also score in the above average range on their SATs and ACTs, says NHERI, which are important tests that colleges and universities consider for admissions. Because of this, home-educated children are being recruited by many colleges and universities. In fact, homeschooling has become so popular that many institutes of higher education have a tab on their websites dedicated specifically to homeschoolers who wish to apply for admittance into their schools.

One of the huge myths surrounding the home school movement is the supposition that children not exposed to the public or private school classroom have little interaction with other children. A closer examination reveals that the average home school student actually has a more diverse and wholesome opportunity for healthy socialization. Home School Associations, church, sports leagues, and daily family interactions all provide ample venues for socialization. The nature of most curricula designed for the home school family provide numerous occasions for travel, field trips, and other learning excursions. Church, Summer camps, Vacation Bible Schools, and family vacations are a few other socializing opportunities for your children.

With home schooling negative social pressures normally associated with a large classroom experience are limited or completely eliminated. In a group of children of the same age and approximate maturity, there is natural competition for position and popularity. This can lead to emotional and even physical bullying. Students are evaluated and graded according to their ability and performance compared to other children in the class or at least at the same grade level. In a home school environment, there is a natural pecking order established by age and position within the family thus limiting the potential for damaging peer comparisons and the resulting feelings of inferiority. (Someone has suggested that this is why God generally gives us one child at a time instead of a litter.) They will learn the value and place of healthy competition within outside social circles having been better prepared by a stable, healthy, and well-managed social environment within the family. It’s here that a child can be taught that true success, fulfillment, and happiness comes, not from exalting yourself above others, but from the investments you make in the lives of others for their success.

Home school children tend to mature faster, acquire a greater vocabulary, possess higher levels of communication skills, and expand their horizons farther being socialized primarily by adults rather than their peers. They tend to capture “cause and effect” sequences much earlier than do their public school friends. Most importantly, they are spared some of the foolish presuppositions widely accepted by society and taught in public school classrooms that destroy a healthy self-worth, self-image, and biblical morality.

Hopefully, I have been able to dispel and remove some of the most common criticisms aimed at the home school family, and I have answered some of the questions you will surely have to confront should you desire to pursue home schooling for your children.

Some Common Reasons Why Parents Want to Home School

Can A Child Really Be Successfully Schooled at Home? 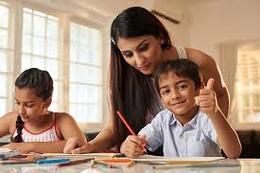