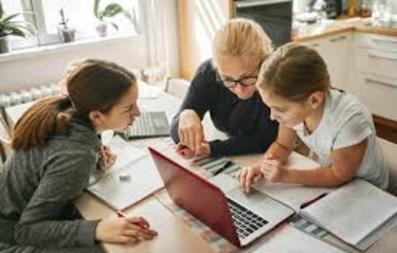 Can A Child Be Successfully Schooled at Home?

Interest in homeschooling began to surge in the late 80's and early 90's when prayer was taken out of school and the idea of separation of church and state became an issue. This was no happenstance. It was the result of years of planning and preparation by secular humanists. When they made their move to oust God from the classroom, the Christian community was, for the most part, totally unprepared. Some parents chose to stand and fight for their rights in the public classroom while others chose to seek an alternative educational program for their children. Over the next several years many Christian schools and other private schools formed in response to the changes being forced on the public schools. Even though some ground initially taken over by the secularists has been recovered under "equal access" laws, the home school industry and it's successes has continued to grow in size and popularity.

There are many reasons why parents choose to home school. I'd like to share with you a few I'm familiar with to help you understand that home school movement and industry is far more than a knee-jerk reaction to public school changes. It is a very responsible alternate method to successfully educate your child while "training him up in the way he should go" apart from the various unbiblical agendas of society.

Parents choose to home school in order to be the primary spiritual leaders in the lives of their children. Biblical standards, character, and principles for life are not taught as such in the public school classroom. Theories such as Darwinism and evolution are taught as fact and creation mentioned only as an alternative view. Behavioral sciences are based on Freudian psychology and presuppositions that are inconsistent with biblical truth and practice. Truth is considered to be relevant to a given situation and subject to interpretation by those involved. In short, the home school parent is able to give their child a solid biblical foundation upon which to build a successful family and life. Too many parents have raised great kids only to have them abandon the faith of their parents and go the way of the world and society suffering the inevitable consequences. When you come to understand that the greatest spiritual influences in their lives have been the public school that has them 30 plus hours a week and is not allowed to teach biblical truth even it it wanted to, and a Sunday School teacher that has them for one hour a week, you see how their downfall was predictable.

Parents choose to home school in order to better control the negative influences we all eventually encounter.  We are at war with the world, the flesh, and the Devil. But the weapons of our warfare are not carnal, (outward) but mighty through God to the pulling down of strongholds, (wrong beliefs); casting down imaginations (all arguments), and every high thing that exalts itself against the knowledge of God, and bringing into captivity every thought (belief) to the obedience of Christ. (2 Corinthians 10:4,5) You can't shield your child from every evil influence unless you raise him in a barrel feeding him through a hole, then plugging up the hole when he becomes a teenager. But you can prepare him for the battle with the proper weapons and training. An untrained soldier doesn't last long in combat. Neither will an unprepared child that is subjected to negative influences and temptations before he's trained to deal with them. The Christian home school parent can teach their child to discern evil with their spirit not just their mind and a set of religious rules.

Home school parents have greater control over the pace of their child's learning. One of the unavoidable disadvantages of even the best large class is the uniform pace of learning that must be maintained. However, no one denies that children have different aptitudes and learning styles that result in various learning paces. The home school teacher has the ability to pace each child individually avoiding both burnout and boredom. For example, our first born daughter from K-5 to first grade effortlessly. However, our second born daughter just couldn't grasp her first grade lessons. Under the advice of a long-time kindergarten teacher, we delayed her first grade start just another month while introducing her to some fun games to help her form her shapes and letters. Thirty days later she was re-introduced to her first grade curriculum and had no problems at all. The large classroom just doesn't have that privilege. Please don't think me critical. It's just the dynamics of a large group as opposed to personal instruction.

Home school parents build a bond with their children not possible any other way. As we all look back we have special people in our lives we will never forget. Many of them are teachers we had during our school years. When kids are used to looking to their parents for the answers, not just to academic problems, but for all of life, there is a bond that will always bring them back home for the difficult trials of life.

In these latter days we have become more aware of the necessity to protect the health of our children.  It's never been a secret that kids are all little germ factories, but we are no longer talking about runny noses and chicken pox. Today's viruses can be debilitating and even deadly. With the political climate we live in and the depth of the corruption in our government and media, we never know what the truth is or how much danger is actually present. Regardless, home school students are able to continue their education without interruption due to community illnesses, epidemics, or even pandemics.