Terry and Kaye Jackson are not state licensed counselors. Terry is an ordained veteran pastor of 42 years and Kaye is a housewife, mother, accomplished soloist, bible teacher, and conference speaker. The counsel and instruction you will receive at LoveQuest Incorporated will be Christ-centered and grace-based. In other words, you will be taught, not just what to do, but how to embrace the love and power of the grace of God that will facilitate genuine heart change and not just behavior modification. We embrace the knowledge that the secular mental health community offers as helpful, but the final authority over all that we do is the Word of God and the wisdom we glean from the Bible's inerrant, infallible, and eternal truth. While we respect the science of Psychology, we hold in much higher esteem the theology of the Scriptures for one is the study of man and the other the study of God. The former describes the behavior of man while the latter defines human behavior. One attempts to cope with life, while the other gives new life. One tries to learn to live with the past, the other resolves the past and makes possible a fruitful future.

Terry attended the University of Georgia in Agricultural Engineering until he was called to preach at twenty one years of age. He then transferred to Georgia Southern University to finish his undergraduate work in Public Recreation in preparation for his likely first field as a Student Pastor. Upon finishing his work at GSU, he attended Fruitland Baptist Bible Institute for his pastoral training and eventually Covington Theological Seminary for graduate studies in counseling. However, the only credential Terry or Kaye really care anything about is 40 years together in the Word of God and the testimonies of those who they have had the privilege of helping over the years.

As expected, his Pastoral Ministry experience started with a two year stint as a Student Pastor. Terry's second field was a new church start where he was the senior pastor for almost 20 years. It was during that time that the need for extended studies in the area of Family Ministry arose and the Springdale Center for Biblical Counseling was established as an outreach ministry of his church. Within five years they were serving over two dozen local churches with pastoral counseling and teaching in about 20 conferences, workshops, and retreats each year.

For next five years the Jacksons returned to the church where they were married and where Terry was ordained to continue the travel ministry and provide counseling help for both the church and as follow-up for those needing further help after a conference or retreat. In 2002 Terry took the position of Family Minister at West Acres Baptist Church in Evans, Georgia. Two years later he became the Missions Pastor as well which allowed Kaye and him to travel the world sharing biblical truth for the family. Doors were opened for them in China, Indonesia, Central America, Canada, and the Caribbean. Most cherished was the time they spent in the Chinese Underground Church meeting and ministering to people who were under the threat of punishment and prison for their faith if discovered.

Finally, in 2012 the church staff position was given up in favor of the establishment of LoveQuest Ministries where Terry and Kaye have returned to their first ministry passion, that of helping engaged and married couples get started right and build a marriage and family that will stand the test of time while yielding a deep and intimate relationship with God and each other. 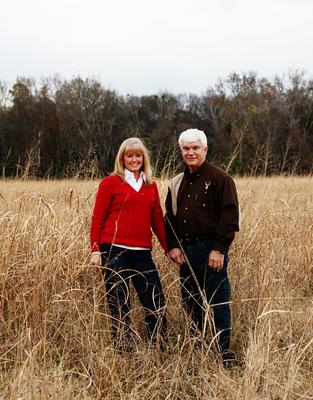 LoveQuest Incorporated is the Marriage and Family Enrichment ministry of Terry and Kaye Jackson. A combination of 42 years of marriage, 41 years of pastoral ministry, four children, and eight grandchildren has forced them to stay in the Word of God seeking wisdom, understanding, and knowledge. The insight they have acquired during that time has uniquely equipped them to help you build a marriage and family that will endure.

The mission of LoveQuest Incorporated is to provide marriage and family enrichment opportunities that will equip engaged and married couples with biblical principles that will produce Godly Men, Faithful Women, and Dynamic Young Champions for Christ.

We endeavor to accomplish this mission by providing Christ-Centered, Grace Based, insights and principles that will develop intimate marriages, strong families, and lasting relationships.