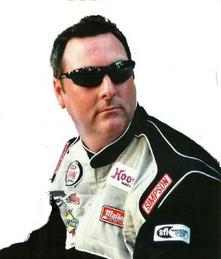 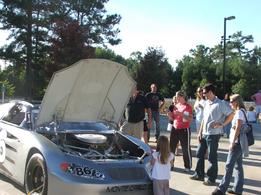 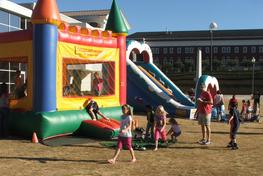 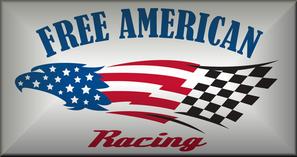 Once or twice in a lifetime you are blessed to meet a friend that is closer than a brother. Someone who is going to be there for you no matter what. He has your back even when your back is not worth having. When you are wrong, he's ready go heels with anyone who says something about it. When you are right he's there cheering you on. If no one else sees what happened, he did and he's right there to encourage you. Free Pennington was that kind of friend for me. One of the highlights of my ministry career was pastoring Free American Racing.

He wasn't a perfect man by anyone's measure, but he was a man being perfected as he allowed God to work in his heart and life. I regret that there are some who never saw him that way preferring to dwell on his mistakes and flaws rather than the victories he won and the major changes God was making in his life. Free had a wonderful heart for God and it manifested itself in his determination to be pleasing to Christ and an asset to the Kingdom.

Free was passionate about racing, but only as a platform for ministry. Over the years, he turned down well over a million dollars in sponsorship money that I know about (There was probably more.); money that would have enabled him to drive Pro Cup, Xfinity, and I believe beyond, because the companies offering him money were not suitable sponsors for a ministry. Time after time he would drag me into meetings with potential sponsors and even some of NASCAR's stars and legends because he wanted to know how I felt in my spirit about the deals we were offered. 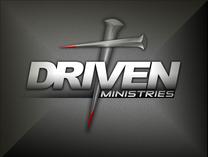 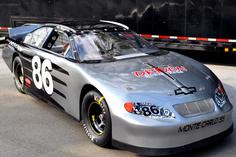 We had many opportunities for ministry and missions efforts together. Store grand openings, church events, Vacation Bible Schools, ​race track events, and community events like the Bosheares Fly-in and the Outdoor Expo. We were even able to do two events on Fort Gordon, something no church is allowed to do. Once a year we rented the amphitheater in Evans and held an event we called Rocktober. The cars were on display, vendors brought food, the kids had giant inflatables to play on, and local Christian bands were invited to play all through the day as the Gospel was shared in spontaneous conversations and from the theater platform. At the Modoc Speedway the ladies grilled hamburgers and hot dogs for fellow pit crews and before every race we sounded an air horn to signal the pre-race drivers prayer together. It seems like every race the number of drivers and pit crews that joined us grew.

Free was a natural athlete and a fantastic instinctive race driver. His name and talents were known all over the racing world. Were it not for a back injury, he would probably have made college football history as well. God simply had other plans.

We did a radio program once a week for several years that was broadcast from Myrtle Beach on the Racers Reunion network on internet radio. It was called Making An Impact, and we discussed the latest dirt racing action as well as the NASCAR scene. The last 5 minutes of each program was dedicated to what Free called "The Impact of the Week". It was just a short testimony of how God had manifested Himself in our personal lives in the past week. I'm told we were rated the number two program on the network.

The testimony of this man's life by itself is irrefutable evidence of the supernatural power of God to transform a person. By all accounts, he should have been ship wrecked from day one. The difficulties he experienced in his childhood and adolescent years should have left him dominated by anger and bitterness that would have led most folks to some sort of addiction or an even more self destructive pathway.  Now, Free had a temper and struggled with some anger issues to be sure. No one is denying that. But we worked on those things and I watched the grace of God release him from so much of his past and its pain and give him a passion for people without Christ as he had once been.

I'm going to miss Free. My heart aches for the presence of my friend. And it weeps with his family. He'd normally call me at least once a week, usually about mid-week, and each call always began the same . . . "I'm just calling to check on you." The phone won't ring this week, or ever again. So I, no, we have a job to do until we see him again. He ran well, and though it seems like his life on earth was prematurely ended, our faith lies in the sovereign God who holds all of life and death in His hands. Free finished well, he's home now. Ours is not to ask why. But to look to God for what's next, for we have our own race to run and win. Rest in peace, my friend.

"A man that has friends must show himself friendly: and there is a friend that sticks closer than a brother." Proverbs 18:24​​